So I tried this recasting before, hence Part Two, but given that Matt Reeves wants a young Bruce Wayne for The Batman. I will try my best to give the public what they want, a Batman that isn’t Robert Pattinson or Armie Hammer. Here are my choices, in no particular order:

He is seemingly missing out on all the major blockbuster roles, but I believe this could the one for him. He can moody very well, he would however need to get rid of that utterly confused look he always has.

The first of my risky choices, has had a role to speak of since Magic Mike. He does have the action “chops” given his role in I am Number Four (stop frowning). Most importantly he will be cheap.

Forgetting his role in the MCU as Quicksilver he would’ve been a front-runner for this after Kiss Ass. He also the utterly confused look, but in his case it lulls people into believing he is an idiot when the opposite is true.

I think he could bring a bit of levity to the role, however there are a couple of things working against him; he has a jaw that makes him look like the son of Seth Rogen and he incredibly strong Irish accent.

This will get the racists heads exploding, but to all the other people hear me out. He can produce a wide range of emotions and if this is meant to be a standalone movie separate from any existing properties he could be the right man for the role. A “what-if” scenario, in a world where the Wayne parents couldn’t have a child and adopt a child from India. The cape and cowl would need a redesign of course. 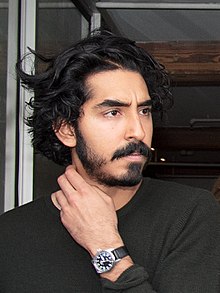 Very similar to the Dev Patel scenario, however he has experience with doing a very good east coast American accent. He has also played a detective-like role in How to get away with murder.

He has only recently been brought to my attention with he excellent performance as Klaus in Netflix’s The Umbrella Academy. Emotionally unstable with a heart of gold (ish). He reminds of the Michael Keaton Batman, in world where it seemed impossible that Bruce Wayne was Batman just in the way that Keaton played the role.

Whoever the studio picks, it is on the shoulders of Matt Reeves to deliver the goods here given that he is writing and directing.

What do you guys think of my choices? Have I lost my mind? Do you guys have any choices of your own?