A surprise attack in outer space forces the Enterprise to crash-land on a mysterious world. The assault came from Krall (Idris Elba), a lizard-like dictator who derives his energy by sucking the life out of his victims. Krall needs an ancient and valuable artifact that’s aboard the badly damaged starship.

Left stranded in a rugged wilderness, Kirk (Chris Pine), Spock (Zachary Quinto) and the rest of the crew must now battle a deadly alien race while trying to find a way off their hostile planet.

“El Proktor” – So Star Trek went from the (current) SciFi King J.J. Abrams to a Fast and Furious director… Riiiiiiiight, there’s no way this could fail. Wait a sec, the movie is actually decent!

The tomatoes may be fresh, but they have lied to me before. Do you know what used to be cool? Numbers. 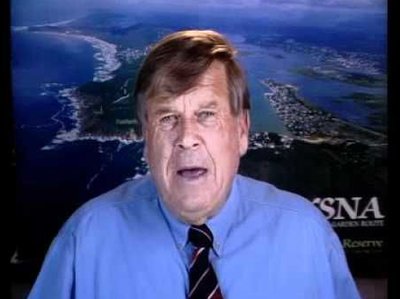 And not just because of this Cool guy!

Numbers used to be cool, at least when they were in movie titles. Numbers were how we used to tell movies, in the same franchise, apart. They also gave Trekkies an indication of how good the Star Trek movie would be.

On the flippy flip, do you know what was never really cool (If we’re being brutally honest)? Star Trek movies (Please don’t stab me Trekkie Nerds… I am one of you, only less intense). I’ve always gravitated more to Star Wars (the cool SciFi film franchise), but there was always a tiny Trekkie inside of me. One of the main tenets of the 90’s Kid Nerdy Bible was: “Thou shalt go hire old Star Trek Movies (or just wait for them to air on TV) and watch them”.

If J.J.’s two movies were about breathing new life into the Trekking Franchise, Justin Lin’s Star Trek Beyond 13 is about finally making the Trek cool and accessible to the little bit of Nerd in all of us. Star Trek was never about big action packed blockbusters (with humor and character development), but apparently it is now.

Star Trek Beyond XIII is a well put together Blockbuster. It’s action packed and full of cool thrilling sequences. It has decent character development and a very cool villain (Too-‘street’-for-James-Bond Idris Elba is just too cool). It’s even funny! Now don’t get me wrong, there has always been humour in the Trek universe. It’s just been buried deep, deep down below various levels of geekiness and dry Spockiness. It is very clear that the movie was co-written by Simon Pegg, with humour very much in the face of the viewer.

As a kid of the 90’s, Kirk could never be my Captain. Even though (pre-fully-bald) Prof. X was a bit more for my generation, SABC2 ensured that my Captain is, and will probably always be Kathryn Janeway (I was always rooting for her to make it back home). But Wonder Woman’s new boyfriend is definitely growing on me.

Seriously though, can you deny that Stern Commanding Glare?

My Nerdy hipster 90’s/Early 00’s Childhood is screaming at me: ‘I liked Star Trek before it was cool!’ While my adult brain is very confused: Numbers (in movie titles, at least) are no longer cool, but Star Trek [(6X2)+1] definitely is. I give it A Cool Number out of Another Cool Number (and a ‘Make It So’ thrown in for good measure).

PS: This is probably the first Star Trek where Kirk is NOT getting it on with every Green Alien chic he sees (even while it seems the rest of the crew are). Also, hell yeah for all the Captain Logs!

“That Nomad Shad” – Star Trek Beyond Into Darkness…the third one (because giving up on numbers is cool now). The build up to this film had me worried. It lost J.J. Abrams, had a really shitty trailer, and looked like Fast and Furious: Space Beyond. It looked like a no from me…

The film went BEYOND all my shitty expectations! This was a ripper. It was JAS! It’s a film that really delves back to the original Star Trek series. The film is rich with action and thrills from start to finish!

Bones (Karl Urban) and Spock (Zachary Quinto) form a really amazing bromance in the films. It’s nice to see that Kirk can share is bros.

The film also introduces Jaylah (Sofia Boutella), a survivor of one of Krall’s previous attack, to the stranded Enterprise crew. FUCK, this one kicks ass! At no point does she drag the plot, or pull a Jar-Jar. She’s just fucking awesome from the moment she hits your screen.

Finally, I’ve got to mention KRALL!!! He’s definitely one of the most memorable villains in the Star Trek franchise to date. I’m afraid to say more because spoilers.

You don’t want to miss out on this gem!

Please leave your thoughts on the movie, and share with you friends.